What Is Destructive Testing And What Are Its Applications 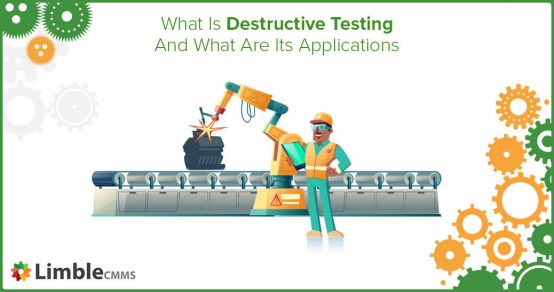 A lot of thought goes into building reliable assets. Extensive testing is a part of the process which has to be done to estimate the durability of machines, materials, and components. The testing can be done destructively or non-destructively.

In this article, we take a deep dive into the various aspects of destructive testing and its use cases.

What is destructive testing?

Destructive testing (often abbreviated as DT) is a test method conducted to find the exact point of failure of materials, components, or machines. During the process, the tested item undergoes stress that eventually deforms or destroys the material. Naturally, tested parts and materials cannot be reused in regular operation after undergoing destructive testing procedures.

Destructive testing is generally conducted before a component enters mass production. OEMs need to know the limits of their products in order to give proper maintenance and operating recommendations for their machines.

For example, industrial boilers are known for their ability to withstand large pressure and high temperatures. The materials chosen to build the boilers play a huge role in determining the pressure and temperature ratings of the boiler. Failure of industrial boilers can cause a catastrophe in the plant. The materials used to build boilers are tested to the extreme to identify the maximum pressure it can withstand. This way, only materials with a generous safety margin are used to build each boiler.

Destructive testing can be done internally or with the help of external testing services.

The expertise of such facilities can also be used to select the materials in the first place. Material testing laboratories have an array of materials whose physical properties are tested and recorded. Materials with the desired physical characteristics can be chosen from their collections. In the U.S, Nadcap certified material testing laboratories can be used to conduct destructive testing.

This is not a definite list, but it gives a good idea of the needed expertise to execute the process, as well as the testing purpose.

Destructive testing is conducted by damaging the specimen that is being tested. In contrast, during non-destructive testing (NDT), the tested item does not suffer any physical damage and can be used in active operation after the testing.

The following table shows the key differences between the two testing methodologies. 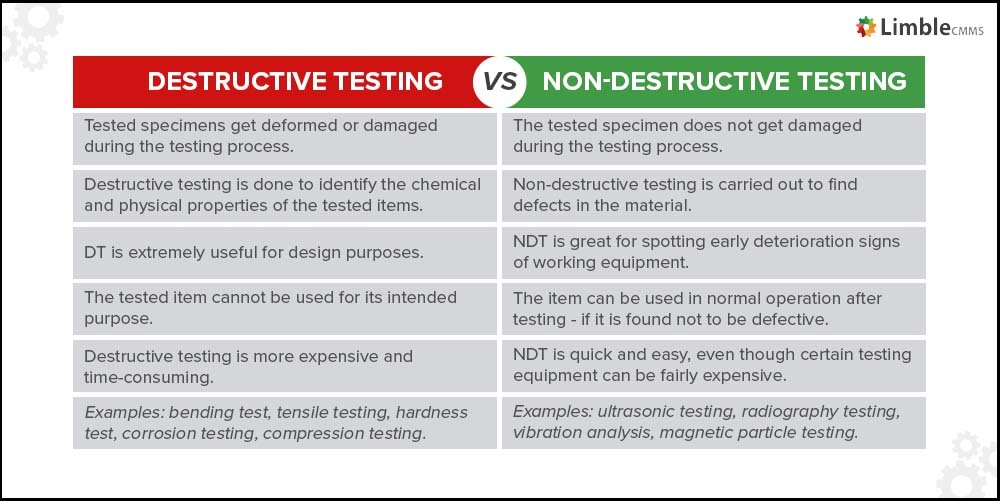 While overviewing these differences, keep in mind that DT and NDT are generally used for different purposes. While destructive testing can be used for failure analysis, it focuses on ensuring item quality before mass production.

The need for destructive testing

Even large consumer companies like Apple fall prey to paying little heed to test the durability of the design of their products. The bendgate scandal, where iPhone 6 and 6s were prone to bend in tight pockets, was caused by a rather obvious oversight and poor bend tests done by their engineers or contractors.

The most common destructive testing methods

Most destructive testing methods have specific use cases. As such, they have to follow certain standards and best practices. In most cases, however, these tests are done to determine the mechanical properties of the specimens and their robustness.

In some cases, companies need to develop custom testing methods to see how their products/items behave under different operating conditions.

Metals are used extensively in many industries due to their tensile strength and versatility. However, they are also prone to corrosion. Rust on iron-based materials, tarnish on silver, patina on copper and copper alloys are common examples of corrosion. This is a problem because corrosion decreases the tensile strength and life of these metals.

Corrosion testing is a test method done to test the effectiveness of applied corrosion resistance measures. It covers all experimentation and processes to prevent or mitigate corrosion-related problems. Measuring the characteristics and the rate of corrosion can also be considered to be part of corrosion testing.

American Society for Testing and Materials (ASTM International) has an elaborate set of standards and testing methodologies for corrosion in different metals and environments. If needed, custom protocols can be developed as needed.

Material hardness determines whether components undergo permanent deformation due to stress. Hardness shows how effectively a material resists indentation. This indicates how long a component can be in use and how well it will perform over time.

Again, ASTM international offers a wide range of standards and testing procedures to measure the hardness of different materials. 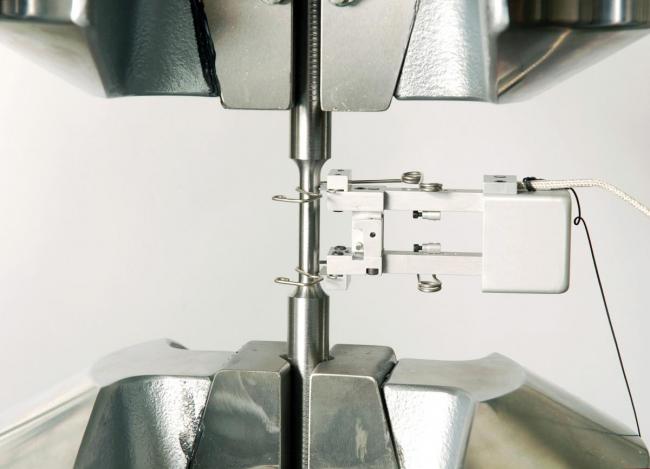 Tensile testing is conducted by applying controlled force across test material till it fails (crack, breakage, etc). The test specimen is compressed or elongated according to the characteristics that are being measured. Tensile testing is used to determine the strength of the material.

The measured properties are ultimate tensile strength, breaking strength, maximum elongation or reduction. Based on the readings, engineers can calculate physical properties such as Young’s modulus, Poisson’s ratio, yield strength, and strain-hardening characteristics.

These properties are used to determine which materials should be used when there is a need to withstand a great amount of force. ASTM International has various standards and procedures for different types of tensile tests. 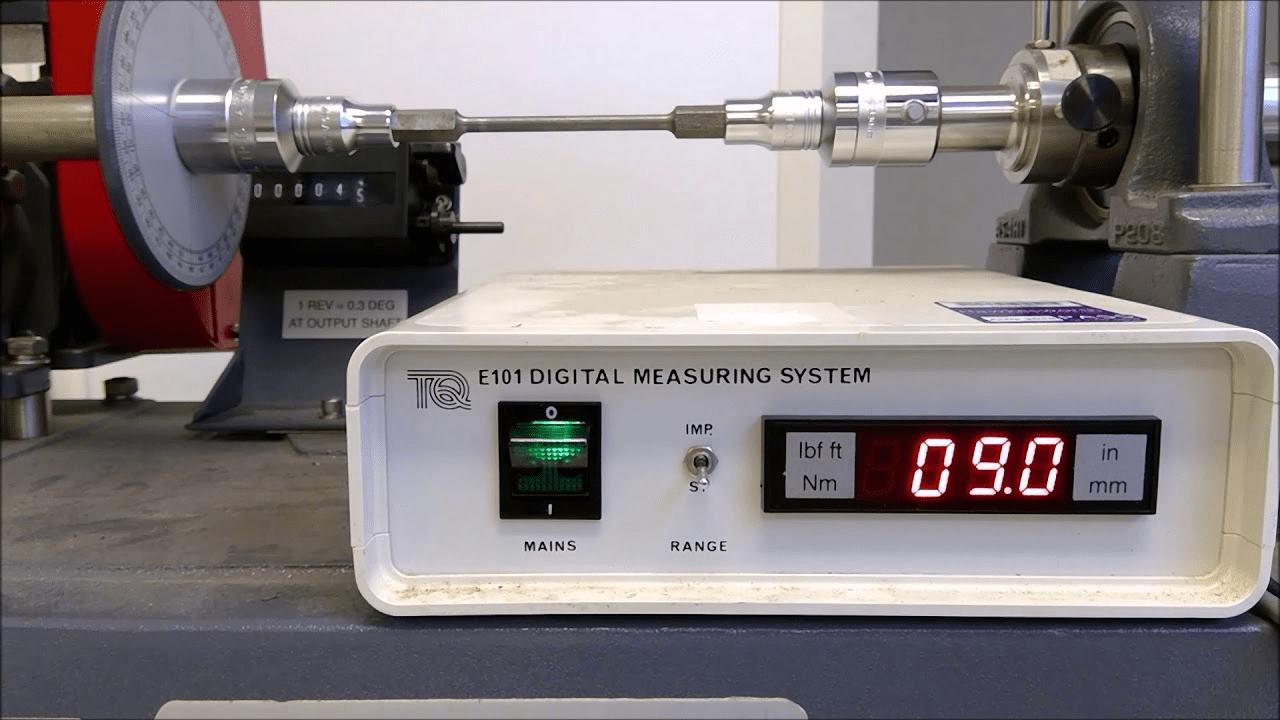 Torsion testing is conducted similarly to tensile testing. Instead of compression and elongation, torsional forces are applied to the material. This helps to determine the shearing forces the material can withstand before it deforms.

The point at which the material twists and breaks is the failure point of the material. ASTM and ISO both outline standards and test procedures for various materials and use cases.

A component might experience different types of stresses during operation. Stress testing is an umbrella term used to describe a scenario in which we apply a combination of different testing methods mentioned in the previous sections.

The testing focuses on the forces that are anticipated to happen during regular operations. For example, a torsion test is great for a component that will be used as the shaft of an electric motor. However, torsion tests are useless for material that will only experience compressing loads.

Machines work in different environmental conditions that are impacted by:

Materials are tested based on the characteristics of the environment they will be operating in. For instance, building materials used to build a beach house must withstand the salinity, humidity, wind conditions, and other environmental factors of the coastal region. 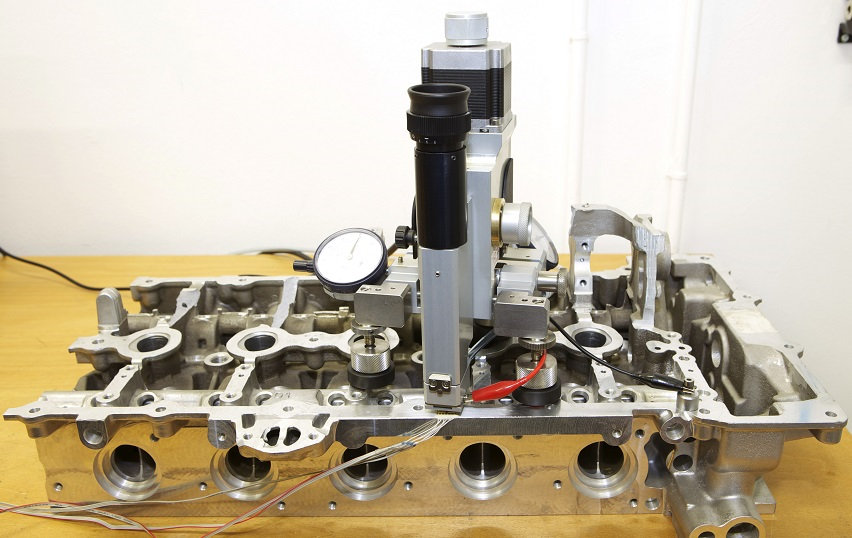 Residual stress is the internal stress experienced by different components without any external loads present. It is a measure that determines if a component can withstand extreme load and stress conditions during its service life.

A simple technique of drilling a random hole in the material and testing the new stress equilibrium can also be used to measure residual stress (as seen in the image above).

Machine reliability is heavily dependent on the quality of used components. An asset is only as strong as its weakest link. Destructive testing ensures that only components with suitable physical characteristics end up in their machines.

The right materials and good product design (one that incorporates fault tolerance and other best practices) are the hallmarks of a quality item – be that a consumer product or an industrial machine.

The result of extensive destructive testing is important for both equipment manufacturers and the maintenance teams that have to take care of them. After all, these results are also used to determine things like operating characteristics, replacement cycle, maintenance requirements, recommended lifetime, etc.

Even the best quality items eventually submit to regular wear and tear and misuse. Maintenance professionals can use NDT inspections to keep an eye on the actual condition of their assets.

In that sense, both non-destructive and destructive testing methods play a critical role in equipment reliability, even though they are used at different points in the equipment life cycle.